Hi All!
Just letting you know that The Lunchbox is moving to a new address:
Find us at www.cleanlunchbox.wordpress.com
See you soon!

G is for Grateful and Gracious

I feel like I am constantly reminding my children about being grateful for what they have and  gracious to those who are around them. They have so much to be thankful for and are both always open to helping other people who need help or who have less than they do, but it doesn't seem to stop the gimmies
I am curious to know what other parents do to manage this.
I don't give in to the behaviour, and they are not used to getting everything they want, the minute they want it.  They know about working for things and waiting for birthdays and whatnot.  Typically I am not trampled by temper tantrums, but rather it is the act of constantly having to repeat myself and wondering if they will ever get it...  And when I whine about it to my parents, they just say, "All kids are the same.  You were like that too once upon a time..." Gotta wonder what exactly they mean by that?
Posted by Unknown at 12:38 PM 13 comments:

F is for Figure Skating

Figure skating seems to take up most of my "free" time and money these days!  She is 8 years old and she is on the ice four days a week.  About a month ago, we had a serious "mother to daughter" skating talk...  How much do you want this?  And it wasn't about quitting, but rather: "... if you only want to do this for fun, that is okay, but it means that you only skate 2 days a week, no extra ice, no extra private ice time for extra lessons.  You only do two competitions a year, and none of those are off the Island, and you only do one test session a year (not three!), and no summer skating..."
Her response?  "No no no Mummy! I want to skate, I want to go competitive, and I want the extra ice times, and extra lessons."
Okay: but that means, no nagging from me about getting up at 6am, no whining when I say it is a skating day and therefore no play date.
And she has kept up her end of the bargain.
So here we are a month later, getting ready for another skating competition, less than a week away.  And the mother is so nervous.  But I don't share that with her.  She doesn't get nervous, or doesn't appear to.  She worries about what I will think, so I have told her that it isn't about what I think.  She likes to win, but she doesn't worry about what the other kids do.  And I told her, what she does on the ice is between her and her coach.  It is what goes on off the ice that I am in charge of and she needs to remember that I am the "off ice partner"... The one who looks after what she eats, what she does and who she does it with.  I make sure the homework gets done, the chores get done, and that the off ice activity happens: a little bit of running, a little bit of bike riding, some stretching, some dance and some off ice practice (jumping, core work and the off ice solo practice).  I mostly let the "off ice" bike riding and running come from being a kid, and so far she is good at that.
That is where it gets tricky...  As a parent, you want them to stay little as long as possible, but they want to compete.  So, the rule in our house has become, as long as it is fun and you are enjoying the "work" part of it, then we continue.  But if it becomes a chore, then we re examine.  And start again!
Posted by Unknown at 9:26 PM 8 comments:

veggies for my version of Clean Chicken

Clean chicken and pasta (my way) 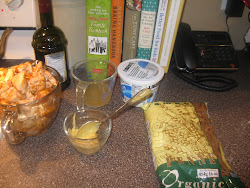 Everything else for my version of Clean Chicken 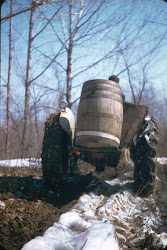 we are in
CanadianPlanet
British Columbia